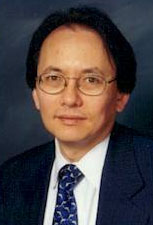 Mr. Moh has nearly twenty years of banking, finance and software experience. Mr. Moh began his career with Unisys where he advised major international institutions in a wide range of technical and financial areas. Clients included Swiss Credit Bank, Citicorp, and their affiliates in Europe and Africa. Mr. Moh’s overseas assignments have assisted him in developing relationships with many foreign companies.

In 1987, Mr. Moh joined Empire Blue Cross and Blue Shield of Greater New York as Chief Technology Specialist to the Portfolio Management and corporate Finance departments. There, he obtained extensive experience in the health care and insurance industries. In 1991, he accepted a position in Corporate Finance at a small investment banking firm located in New York City. His primary focus was on valuations, mergers and acquisitions and investment management.

Mr. Moh joined CoView Capital at its inception and is involved in all aspects of mergers and acquisitions and corporate finance. His extensive technological background has proven to be a major asset in assisting CoView clients.

Mr. Moh was born in Washington State and grew up in Latin America where his father was a scientific attache at various U.S. embassies. Mr. Moh returned to the U.S. to attend the University of Miami where he received his undergraduate degree in Industrial Engineering and Computer Science. He received his MBA in Finance from Columbia University where he graduated with honors, and subsequent to that, a Masters in Computer Science from Stevens Institute of Technology.